After installing new, factory firmware, the users have met the situation that no individual firmware or individual root solution could be installed on the devices because the OEM Unlock option is unavailable.To solve this issue, we have new procedures.

During the last months after installing new, factory firmware, the users have met the situation that no individual firmware or individual root solution could be installed on the devices because the OEM Unlock option is unavailable. The public opinion was spread around that after 7 days the OEM Unlock option appears automatically and allowing it will provide the opportunity to install individual software. Based on experience this is not true because the phones remain closed after 7 days. To solve this issue, we have new procedures: RMM Unlock and KnoxGuard Unlock (in short KG Unlock).

The two procedures have the same effect: the OEM Unlock option appears. But it is depending on the model and firmware which procedure should be applied at each phone. It is reasonable to start with RMM Unlock procedure and if it does not work KnoxGuard Unlock should be tried. It can be helpful in choosing the right procedure if the phone is put in manual download mode in which the lines appearing at the top of the screen help you to choose.

If you see an "RMM State" line, the "RMM Unlock" should be used. In this case the "RMM State" is typically prenormal.

If you see a "KG State"line, the "KnoxGuard Unlock" should be used. In this case the "KG State" is typically prenormal.

If there is no "RMM State"or "KG State"line, then the OEM Unlock is available and permittable or the phone does not support RMM/KnoxGuard.

MORE INFO ABOUT THE LOCKS:

KNOX targets its corporate segment when the user installs corporate software items on his or her own phone (BYOD) which the company wishes to operate fully separated and sealed off from the user’s own software. This is a cloud-based service, one of the functions of which is to enable businesses, service providers and other competent organisations to remotely restrict devices, block them or even blacklist them, one by one or in groups. These restrictions can also be remotely relieved but if as a consequence of some error or administrative problem the restriction is not removed, it is possible to end the restriction with the “Knox Guard Unlock” which we also offer.

The purpose of the function is to prevent the installation of individually developed or modified (rooted) Android systems, recovery, on the device, but the scope of Remote Monitoring comprises a number of other functions as well. The RMM function has been and is being introduced in an increasing number of Samsung upgrades since January 2018. When new software is installed the telephone’s RMM status is “prenormal” – in this status it does not permit any individually developed software to be installed. In this status the “OEM unlock” function in the switched-on “Developer Options” menu point in device’s menu cannot be authorised or is not even present. If the RMM status is “prenormal”, in general it automatically returns after passing of about 168 hours (7 days) into a status in which the “OEM Unlock” release option reappears. The “RMM Unlock” function in our program offers a solution for cases when as a consequence some error or other circumstance the RMM status does not return to normal and the necessary “OEM Unlock” option does not reappear even after the passage of 7 days, which is when this can be resolved with the “RMM Unlock” function.

The two functions behave in the same way in that if the device is in the “prenormal” status, there is no “OEM Unlock” menu item but after the RMM and/or KG Unlock, which is available in the program, it will be present.

They come in a variety of statuses:

Accordingly, Samsung assigns a range of different functions to them. The 7-day restriction of the blocking of individually developed software items is only one of them.

It applies to both functions that their status – as well as their presence on the given device – can be checked by switching the device to download mode.

If the displays shows “KG State”, it indicates the status of the Knox Guard, in which case the “KnoxGuard Unlock” is the related function in the program.

If the displays shows “RMM State”, it indicates the status of the Remote Monitoring and Management function, in which case “RMM Unlock” is the related function in the program.

NOTE: The RMM unlock and the mentioned Knoxguard unlock services can be reached only if the USB debugging is enabled on the phone. You have to connect the device to the Tool in Normal mode. 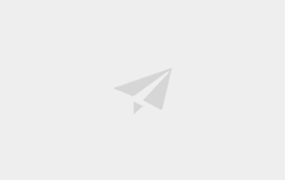